About the film festival in Clovis, on Veteran's Day 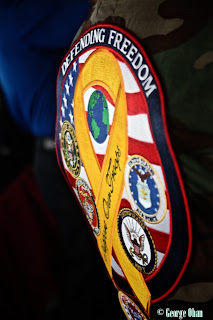 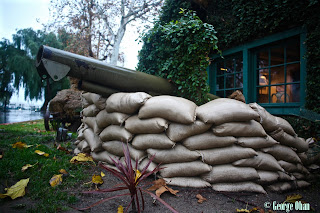 Genres of films range from fiction to nonfiction, short film to feature length, documentary to scripted, with appearances by the respective filmmakers and participants involved in the films. 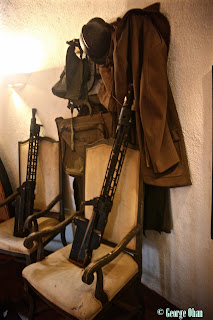 A free event that is open to the public. The theme of the event is Honor, Perspective, Healing – to honor our veterans; bring their perspectives onto the big screen; and through that viewing they can have a peace of mind to see their services will forever be remembered. 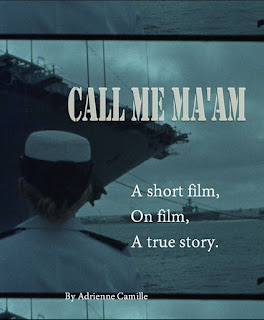 Located in the heart of the Central Valley in California, Clovis, along with other surrounding cities and towns, have developed a reputation for being some of the most patriotic communities. Central California has a very high population of veterans who have sacrificed their lives serving in the military of the United States.


That’s why it’s very fitting to hold the festival in the Old Town area (downtown) of Clovis, that was the very mission for the coordinators hosting the event. 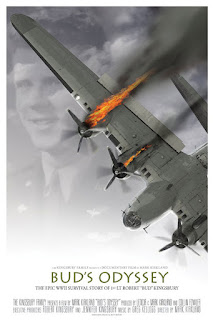 The Fulton Film Company, founded by George Ohan in 2016, a veteran himself with the U.S. Army, is a production company that offers free educational sessions on filmmaking, acting, and photography. His program is called "Teach. Coach. Mentor." and the classes are offered for free at the Clovis Veterans Memorial District. 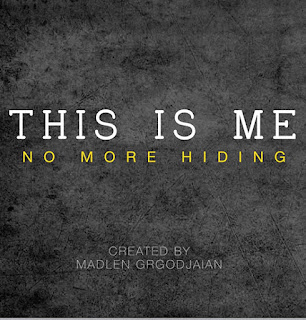 Besides honoring our veterans, George has made it his goal to put the local film community more on the map, to bring Hollywood to the Valley, and to help local artists  to look in CenCal to make it in the entertainment business. In his opinion, the place for "Art success" is here, in Clovis, Fresno, and Madera area.

The festival looks to not only bring generations of Veterans together, but as a way for local aspiring filmmakers, actors, and artists to interact with their moviemaking peers. Unfortunately, the Central Valley doesn’t house too many premieres or film showcases like this, with the exception of the Tower Theatre in downtown Fresno with the Fresno Film Festival. (Support them too!) 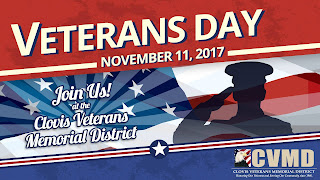 This event allows for local filmmakers, even former veterans, and others across the country to show their filmmaking chops and abilities. Giving inspiration to Valley artists that this is worth pursuing
as a career while supporting a good cause, and hopefully it can inspire more festivals to happen
in the future. 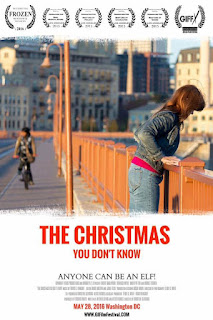 They’ll be screening over 10 various film projects throughout the day with short breaks in between each film block for the audience. Among the film selections is the short documentary ALL-AMERICAN, directed by Philadelphia filmmakers Michael Ayjian & Stephen Skeel; and the documentary feature film, BROTHERS AT WAR, directed by Jake Rademacher and executive produced by the actor, Gary Sinise (FORREST GUMP, CSI:NY) followed by a Q&A with the director.

For information regarding the event, go to Facebook at https://www.facebook.com/events/2251479571745130/ through the Fulton Film Company

https://www.fultonfilmcompany.com. For additional details go to the Clovis Veterans Memorial 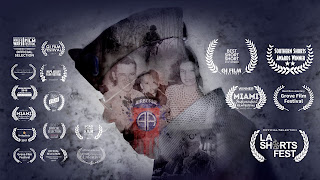 All American - film
District main website http://www.cvmdistrict.org and go to their events page

http://www.cvmdistrict.org/veteransday2017
to see the schedule of events they have taking place
throughout the day. 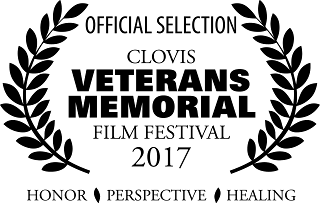 ABOUT FULTON FILM COMPANY
Fulton Film Company, created in 2016, was established as a public safety and education organization. We want creative people to have the freedom to make art and respect the laws of the local community too. If more filmmakers, photographers, and freelancers know the rules and regulations that regulate their industry, then we will have a more well-trained and safe community of artists with a creative space used for art, actor training, entrepreneurship workshops, digital filmmaking classes, and photography.